Why You Can’t ‘Hold Space’ 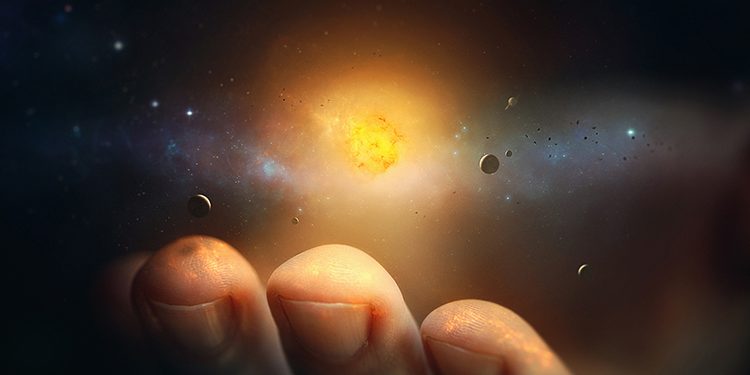 “Holding space” is something we hear a lot about these days. If you’re reading this, you’re probably someone who holds space for others. From your experience, you’ll inevitably have a unique understanding of what it means to hold space. So, what does it mean exactly? How can we do it? And most importantly, how can we do it well?

When asked about the meaning of holding space, most people will point to the taoist metaphor that conceives of holding space the way a cup holds water. In this imagery, the person holding space shares the structure and function of a cup. They are “surrounding the environment with their awareness…” – Depak Chopra. To use the popular language, they are a boundary or a container for “whatever wants to show up.” This could include thoughts, feelings, stories, opinions, emotions… as well as the energy of the room. So the cup metaphor tells us that the person holding space is responsible for being a “safe container” to “hold” these things and anything else that “wants” to fill their awareness. As someone “holding” in this way, the responsibility is to wait and accommodate, regardless of how heavy the “space” may get. And it does get heavy sometimes.

Too often, holding space is an exhausting act of psycho-spiritual volunteerism that leaves a person helplessly at the whim of another’s weighty burdens. Like their cup counterpart, the person holding space is expected to stay neutral and simply receive. They are to become like a vessel, empty of their own subjective experiences – on hold, prepared for the transfer from another’s consciousness to theirs. Similar to a trash can, a person holding space in this way, is an inert receptacle who’s job is to make themself available for anything. With this in mind, it’s no wonder that holding space goes wrong sometimes – leaving one person light and free, while the other feels bogged down in the dark. In this all too common dynamic, a person holding space has inadvertently taken on an unnecessary burden.

Well ‘holding space’ doesn’t mean we’re volunteering ourselves to take on the burdens of others, does it?

Let’s back up. You might take a slightly more nuanced and poetic approach and say that ‘holding space’ refers to an effective way of accommodating the thing being held. Instead of being the cup, it means fitting your hand to the cup in a way that allows you to pick it up without smashing it and spilling the water. Like holding a cup, this kind of holding space means energetically posturing your awareness so the cup is safely accommodated. It means maintaining the ‘container’ so that what’s inside is stable and free. Beautiful right? Perhaps it is, but the only thing that’s happened through this metaphorical upgrade is that, being a container that can expand and contract, there’s slightly more agency and skill involved in the action. That’s moving in the right direction, but it still implies an objective container with a passive connotation of waiting that leaves people feeling excessively burdened due to lack of agency. We must find a way to rescue those holding space from the exhausting, burdensome, and inhuman work of an inert dumping vessel.

At best, the holding part of holding space is meant the way we mean it when we say “holding the floor.” Holding the floor means conducting one’s self with a sense of ownership for our particular place and role within it. Holding the floor means welcoming others to a shared environment and a shared experience, accommodating them in a way that makes them feel seen, valued, heard, and understood. When used in this way, holding means owning one’s own actions and words, while providing something of value to others. In such an act, a person actively provides something of value for others while increasing their own value and self-worth at the same time. This is because unlike holding space, holding the floor is active and it requires real skill.

Holding space seems like something that can be done while a person is, in all reality, merely hiding. We know people who report to have been holding space while sitting in the corner on their phone. Though this is obviously wrong, the problems that commonly arise from holding space aren’t a product of wrong-doing. They’re built into the language we use.

The problem is, the words holding space are a false job description – they don’t accurately depict the work that needs to be done. Holding space suggests a role that is entirely too passive and inanimate to capture the situational demands and the sheer humanness required.

Do we have a better way of describing the work of holding space and the skill a person needs in order to do it well? Yes we believe we do! And we would like to suggest that we use it instead. Those words – that job description, can be better thought of as hosting space.

A host has work to do. Their work requires real skill. Skill that can build over the course of a lifetime r more. Their work has a flow: a beginning, middle, and an end; with preparations to be made before the event. A hosts invites their guests, choosing who is and who is not invited. They prepare themselves, ensuring that they’re truly ready, both inwardly and outwardly. They set up the space in a way that’s welcoming to their guests. They get centered within their own body. When the guests arrive, they greet them. If anyone shows up uninvited, they are stopped at the door so the guests who are invited can all feel safe and seen. They care for their guests, actively introducing them to others so they feel connected and resourced in the space. The express genuine interest those present in the shared space, easing their tensions by engaging with them in conversation. When the time comes, the host expresses appreciation to their guests for their attendance. If they have been good guests, the host sees their guests to the door and says “goodbye until next time.”

A host is likely to occupy the space alone after the company has gone, or with just a selection of close friends who might work together to complete the final cleaning. Throughout the whole affair, from the initial preparations to the final cleaning, the host is in the driver’s seat of the event. Subsequently, when the work is done, they’ve played an essential role. The result is favorable to everyone involved, including the host themself, who retains or increases their own honor, dignity, respect, and self-worth.

“The only space we can truly hold is our own. Our own bodies, our own breath, our own thoughts… When we facilitate another person’s process, we can practice being an impeccable host. Hosting space is very different than holding space. Knowing the difference lessens the burden and takes the weight off our shoulders. It’s much less exhausting. But to be a host of space is a great responsibility. To be done well, it must be done actively and consciously. To play the role of host requires the upmost care and consideration.” – Annie Adamson

If you’ve been holding space, practice learning to host space for others inside the door of your heart. Throw a gracious house party where your guests are taken care of and everyone feels safe and seen. It will be work but, if it is done well, it will be work worth doing.